It was the food child of dear friends Ash and Lucky, and was originally named Masala Bowl. Masala Bowl offered a modern Indian menu with a classic flavour and authenticity. Consider enticing scents, high-quality, fresh ingredients that are perfectly combined, balanced, and prepared.

The little lunch counter immediately became a smash hit. So much so that it was bursting at the seams and ready to expand within six months. There was a need for new space, and the larger shop next door was available. It was a perfectly timed move!

That, however, was far from the conclusion of the narrative. Masala Bowl's popularity skyrocketed in the first year after it opened. The little lunch business grew into a full-service restaurant, and it relocated to larger and better premises on Sydney's popular street. 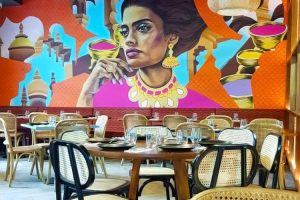